I Want a Second Opinion

I Want a Second Opinion 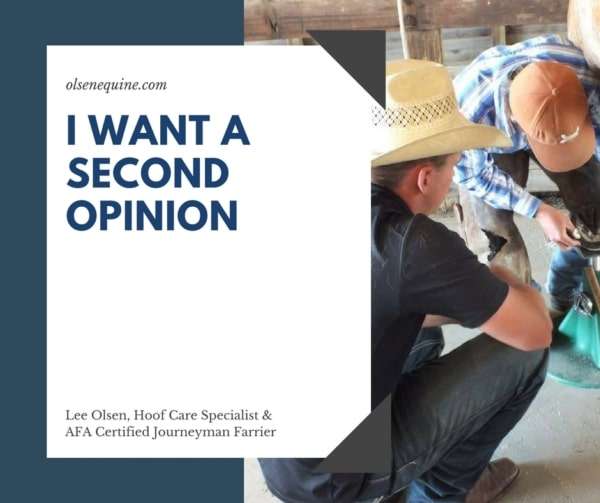 Have you ever had to make a big decision and known in your heart you were right, only to find out later you were wrong? I don’t care who you are or what you do, if it hasn’t happened yet, it will.

I believe one of the most valuable things you can do is get a second opinion. It’s really valuable to have someone who knows what they’re doing, who you can bounce your ideas off of. Anyone against getting a second opinion is usually more worried about looking bad than helping the overall problem. Consulting someone with a fresh perspective can usually bring a lot of insight, and they just might have the missing piece of the puzzle.

Getting a second opinion doesn’t mean you don’t know what you’re doing. In my opinion, it actually means you’re confident and wise, not insecure and closed-minded. There isn’t anything more impressive for me then when you go to the vet or doctor and they consult with their colleagues. A team is always stronger than an individual.

One time I was helping rehab a deep flexor tendon injury (which is about as serious as it gets), and it wasn’t having great success. At that point, the owner asked her veterinarian if there was anyone else he knew that might be good to get a second opinion from. The vet replied, “The only ones this horse needs is me and God.” I appreciate the shoutout to God, but how sad is that statement? This horse is obviously very important to the owner, and yet the vet isn’t willing to even consider the thought that maybe he missed something.

I hope that whenever serious things happen in my life, that everyone involved is open to a second opinion from a knowledgeable source. Can you imagine living with a permanent disability because a doctor missed something? And to find out later that doctor was too proud to ask someone to double-check his plan for your situation?

I know those are extreme examples, but here’s the bottom line- if someone is paying you to do something, it’s probably important to them and should be handled accordingly.

There have been so many times in my life when I thought I had a “great idea.” When this happens, the first thing I’ll do is run it by my wonderful wife. Quite often I’ll get the “I don’t know about that one, Babe” response.  At times it can be frustrating to be told I’m wrong, but I know it’s for my own good and we all need someone that will bring us back to reality. That’s why if you look in my phone’s contact directory, you will find her under “The Voice of Reason.”

Conclusion- So here’s to the people in our lives who are willing to be honest, and care enough to pursue excellence together as a team.